ADD to FAVORITES! | Reviews | Room Types | Policy | Street map to The Royal York | Other Nearby Establishments 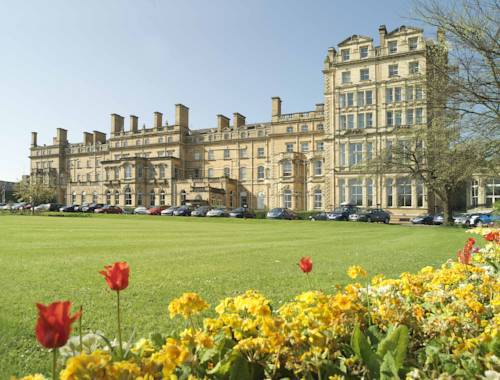 When do you want to stay?

Being a 4 star hotel you're going to be wanting for very little staying here, very central, next to the train station. Every one of our personnel are very well qualified and will have the ability to foresee your requirements.

We are very well placed only a few minutes walk from the train station. But, fear not the noise as being a historic building it is very well built and you will hear next to nothing of the arrivals and departures. This is a hotel that was named Royal after the Queens visit. She would stay if it was noisy now would she. So there is proof!

The renovated bedrooms will help you to unwind and get enough proper sleep in ease and comfort following your days and nights out there discovering this great traditional city.

We additionally have got an outstanding restaurant that you should get pleasure from. The Refectory Kitchen and Terrace is a delight. We use seasonal local produce to produce the most wonderful traditional and modern delights. You will love taking some afternoon tea here we promise.

Originally called "The Station Hotel" being as it is adjacent to the railway station, this exceptional 4 star hotel in York opened in June 1853. A visit from Queen Victoria in 1854 when she was on her way to Scotland gave the establishment its "Royal" status.

This fabulous historic landmark was really built to accommodate to aristocracy of the North. Its room rate of 14 shillings per night was good evidence of this. A new wing was built in 1896. This West Wing added 27 additional bedrooms and being as it was built in the year of the Gold Rush it was known as "the Klondike"

Checking In available from 15:00 hours. Payment is accepted by: